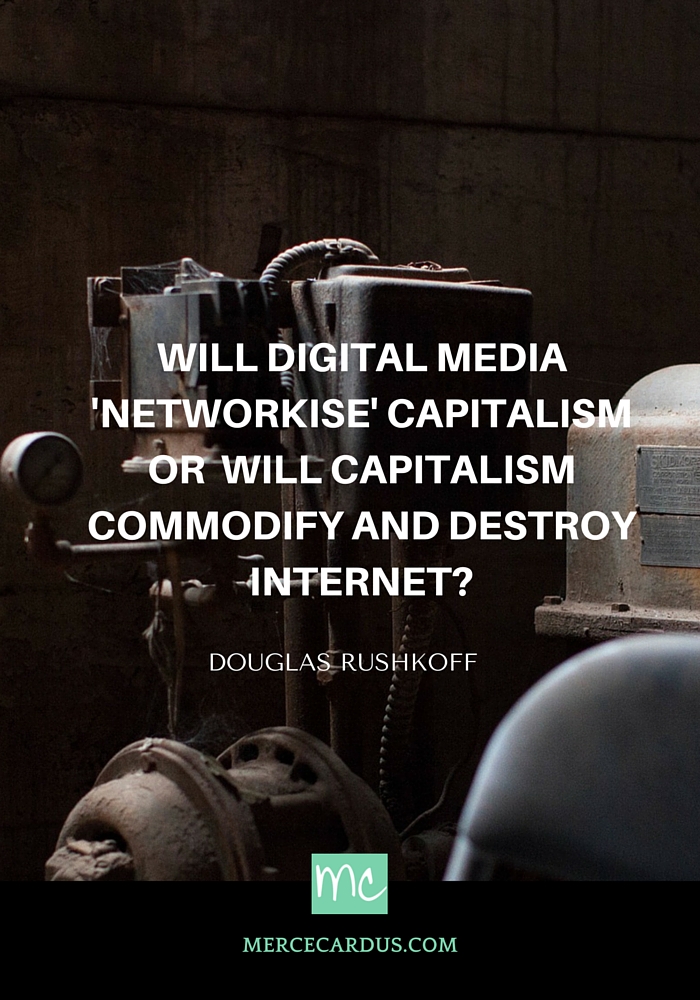 Piketty in expressing skepticism about free market capitalism in the digital age. Groundbreaking companies like Google, Amazon, and Uber operate using a “scorched Earth” method of value creation, says Rushkoff, which resembles 13th century colonialism. To make money, they extract value from communities rather than create it, much like conquistadors would extract precious metals from South American nations. If that sounds like a hyperbolic statement to you, you are probably not alone.

But Rushkoff points out that for all our fascination with digital companies, they have yet to make up more than four percent of the real economy, based on gross domestic product. They are not, strictly speaking, very good at creating value. Because they offer services to millions — even billions — of people, it appears they have value, but, Rushkoff asks, what value are those services adding to local communities? Often times, very little. They are, like Walmart, creating a vacuum in which local businesses struggle survive.

It is not that companies like Amazon or Walmart are misanthropic, but that our financial system rewards their method of creating value. Banks grant loans based on a business’s ability to extract wealth from a community, not on whether it make positive a positive contribution to a neighborhood. There is another way, says Rushkoff — a way that’s good for banks, businesses, and local communities…

For 75 years now corporate profit, over their total value, has been decreasing. That means corporations are really good at accumulating money but increasingly worse at deploying that money, at making money with money. This is really serious. Pharmaceutical companies don’t know how to make drugs, they only know how to acquire companies that do. Google even is no longer a technology company; Google became Alphabet. It’s a holding company. Google’s new business is buying and selling technology companies. They bought a robot company, now they sold the robot company. So they might as well be Goldman Sachs or Merrill Lynch or somebody. They are a meta company now because they don’t know how to create value.

That’s because they’re using a bankrupt method. They’re using a 13th century corporate operating system to run digitally enabled businesses. What I’m arguing is that 13th century model is obsolete. It was based on going to South America and enslaving people and taking their precious metals. It doesn’t work for a digital economy. It doesn’t work for an economy where people are buying and selling and trading and making videos and exchanging value. And if you want to do well, if you want to actually make money you have a better shot of it by creating circulating value. Think eBay not Amazon. Think Bitcoin not Uber and you’re slightly on the path. It’s a peer to peer networked economy that we’re moving into. If you can conceive of that, if you can get yourself out of the frame of mind where you want to get the ring the bell on the NASDAQ stock exchange, you’re not going to get to do that. I promise you. You’re not. That’s not the way to go. You don’t want to sell your business; you want to run your business and make money doing your business. And you have such a better chance of becoming a true millionaire and doing it in a way that’s not taking value from other people but is actually promoting business activity on a wider scale and on a more distributed scale than was possible back in the Middle Ages.

Right now most CEOs are selling off their best businesses, they’re cannibalizing their most productive enterprises in order to show short term growth to shareholders. That’s actually bad for the long term success of the business because without successful revenue generating industries it’s hard for the business to keep going. They actually need revenue. You need to be selling something. You need to make money in an ongoing way.
I know that’s heresy. I know. I get it. I get it. I realize that’s bizarre to say it. But the way to communicate that to shareholders is to say look, you’re going to start making dividends. Dividends are okay. You’re going to make money for owning my shares of stock. Now what we have to do is start looking at the tax code to stop punishing revenue generating businesses and instead start punishing ones that don’t generate revenue but just try to grow the business at the expense of the economy. That’s not hard to do. We have to increase the tax on capital gains and decrease the tax on dividends. This will encourage businesses to make money rather than to just eat themselves in order to show growth.

So, you look at a bank. All a bank has to do, and they just call it an experiment. It’s not a new banking system. Don’t worry, just a little experiment in a couple of towns. So, normally a pizzeria wants to do an expansion. They come to the bank and they say look, we want to expand, put in a ladies restroom separate from the men’s; we need $100,000 to do that. The bank will give them $100,000 eight percent interest and in ten years you pay back your loan. What the bank should do instead is a look, Luigi, we love your idea for an expanded restaurant; we’ll give you $50,000 towards that expansion if you can raise $50,000 from your community through crowd sourcing. So what we’re going to do is put this $50,000 aside for you and we’re going to give you this tool, this app that we’ve developed, which will allow you to raise money from your community. What you do is you ask your patron for $100 now and then they can get $120 of pizza at the expanded restaurant.

So the customer now is making 20 percent back on their money, which is better than they’re going to do in the stock market or anywhere else. They get $20 back. You get to pay back half your loan in interest but half your loan in pizza, which is cheaper to you than capital. We get, as a bank, we get your proof of concept. We can see that okay your community really does want to support this. And the community now gets to invest not just in the S&P fund, not just in some mining company in the Philippines, but they get to invest in their own main street. They see their restaurant expand. They see the property values go up. They see their tax base get better. They see their public schools get better. And they see a business – they relate to a business now as community members. So now the bank is seeing less as the pure extractor of value from this town and the exclusive purveyor of capital and instead as the facilitator of local economic activity.

Now why is that important? Because if Rushkoff is right, if Pakiti is right and capitalism is itself about to crumble under its own weight, what is the role of the bank going to be on the ground? Can the bank establish itself as something other than the pot of money? Can the bank reposition itself as an expert in how to facilitate local commerce? If they can do that then there’s a place for them in the digital economy as well as the current one.

Another simple idea. Say you have a supermarket chain and we all know that supermarkets are being looked at now as the extension of big agra and an unsustainable long distribution chain of food, everybody wants to go to the local local and the community supported agriculture and grow their own stuff, how can the supermarket chain look like something better than Walmart, just this big industrial wasteland? Well, what if they open their parking lot on weekends to a farmers market? You can charge for spaces if you really want. But more importantly you just allow that activity to happen. You’re seen as a partner in that activity rather than as a competitor to that activity. Yes people might start to favor buying produce and agricultural products from that farmers market. Okay. But maybe the farmers market does that better and what do you do better? You do packaged goods. You do long distance stuff. You do cans. You do frozen. You do what a supermarket does best. This way you’ve shown yourself really as able to specialize in what you do and at the end of the day when that farmers market is done you take all the groceries, you take all the produce that wasn’t sold, buy it at a discount from the local farmers and sell it on your shelves Monday Tuesday and Wednesday.

So again, it’s a simple way for a supermarket to see its competitors, not as competitors at all but as partners in food and then you will become the hub, the locus of this activity, of this value creation. It’s a matter of seeing this other activity less as a leak, less as a drain on your revenue and more as a source of exchange, as a source of value creation because if your town is bankrupt, if your town has no way to create value, they’re not going to be good customers anyway. Walmart is right now closing stores because after 20 or 30 years of operation it’s bankrupted it’s communities. It doesn’t let anyone else create value and that doesn’t work in the long run, it only works when you have a scorched earth flip this house approach to your business. But if you’re not going to sell your business, if you want to stay in your business you’ve got to find ways for your customers to create and retain some value, otherwise they go away.

« Make It Happen
The Art Of Seduction: The Romantic Ideal »

Welcome to my site, the place where writers & publishers can find useful information, insights, resources & inspiration for writing, self-publishing & living a better ... END_OF_DOCUMENT_TOKEN_TO_BE_REPLACED 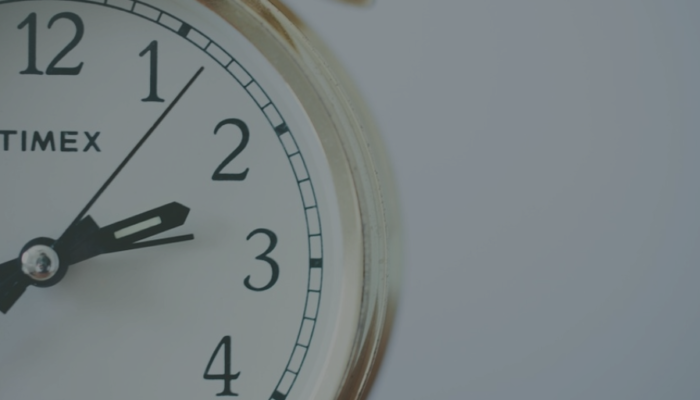 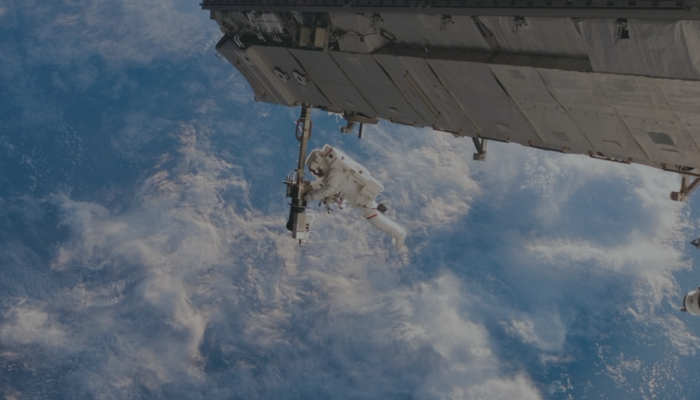 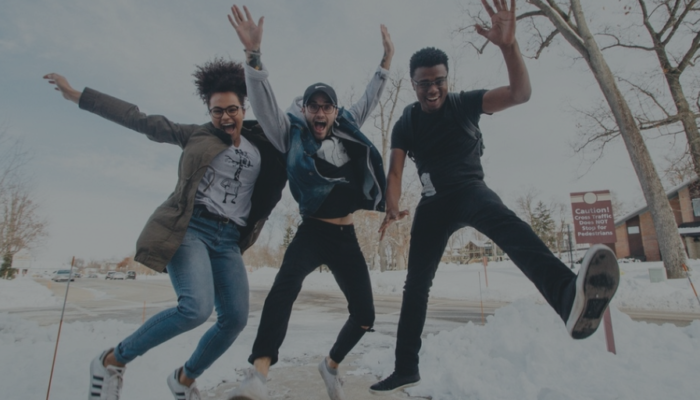 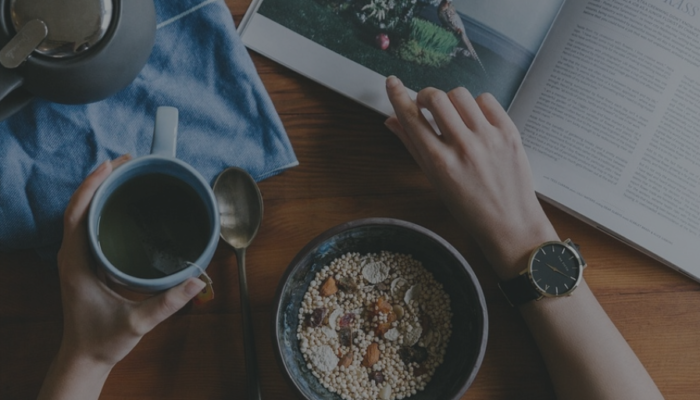 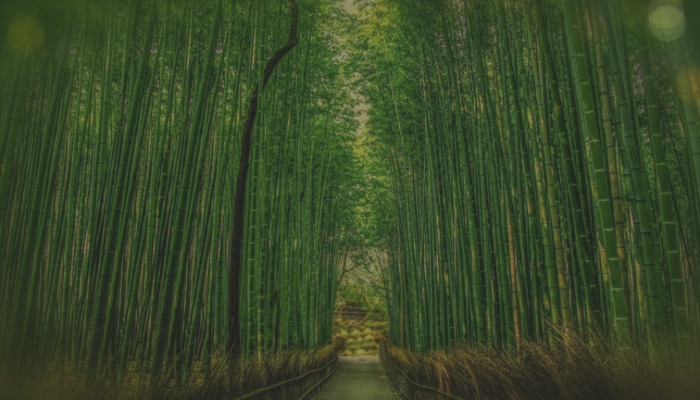